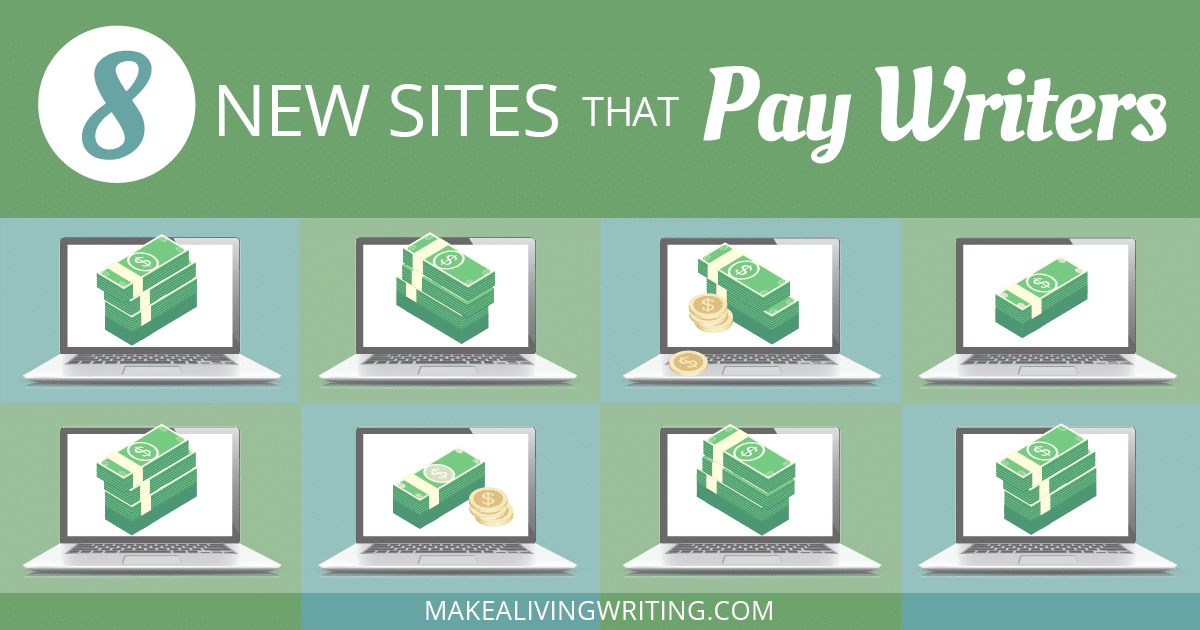 Why do we do these market lists?

First, we like to help writers earn a good living. We have a floor rate of $50 for inclusion in these lists so that you can move up from sites that pay writers $10, $15, and $25 for posts.

Then, once you’ve added a few clips from these better-paying sites to your portfolio, you can move up again to sites that pay writers more. (Don’t think those sites are out there? Read about writers who are making $200+ per post and a content mill that pays $400 per post.)

Second, we want to recognize sites that value the work their writers are doing. Good guest posts bring traffic to a site, which leads to list subscribers or ad revenue. When someone helps a blogger or business earn money, they deserve to earn money for that work. And we celebrate sites that have that same philosophy.

Now, on to the updates.

Here are the sites that pay writers you told us about that are paying $50 or more for a guest post (in alphabetical order).

Sites that almost make the $50 cutoff

When compiling these lists, we always come across those that offer rates of $50+ for some sections, but lower rates for other sections. Rather than locking these sites out, we decided to include a few of them here. (And we may do a dedicated post of sites that bridge the gap between $25 and $50.)

Sites that no longer pay

Cue the sad trombone sound. Some of the sites we’ve featured previously no longer pay, for various reasons.

Mirasee recently resumed accepting pitches earlier this month (January 2017), but only pays on assignment, and not unsolicited submissions.

Priceonomics and Rank Pay lowered their rates to $50 per post, so they still make the cutoff, but the rates used to be higher.

HowlRound asked that we no longer list them because they were receiving poorly targeted pitches from writers who said they’d found out about them on Make a Living Writing. This is why it’s critical that you study the site and its audience to develop a well-written query. But believe it or not, a lot of writers don’t do this, even when pitching Make a Living Writing.

“I think I pass on 99 percent of what I’m pitched,” says Carol. “Most pitches are from link-seekers or people who haven’t even read my blog, ever.”

Sites that pay writers spend way too much time wading through pitches from people who’ve never read the site, have no idea who the target reader or main topic is, and often won’t take no for an answer. Some even get tired of it and stop paying or stop accepting guest posts altogether.

But it doesn’t have to be that way.

“You can stand out and get hooked up with one of these paying markets,” says Carol.

Have you written for any of these sites or found new ones that pay $50 or more? Tell us in the comments below.

Jennifer Roland is a freelance education, personal finance, and technology writer. Her latest book, Pacific Northwest Writers: Perspectives on Writing, compiles writing advice from novelists, playwrights, and poets from around the Pacific Northwest.

More Related Posts
Productivity Tips: How One Pro Cranks Out 2 Novels a Year
Getting Ghosted? Use This Writer’s Script to Break the Silence
Freelance Writing Jobs: 39 Online Magazines That Pay $100+
More Related Posts